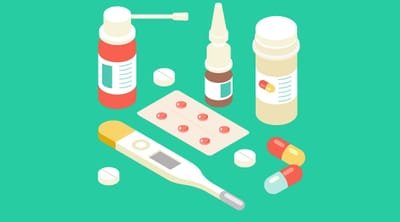 It’s been around for more than 00 years. It’s one of the world’s most widely used pain relievers. And, its uses just seem to keep multiplying. Is aspirin a wonder drug? For those who’ve benefited, it might seem that way.

Combined data from the NHS and another study have also shown promising results for patients with colorectal cancer. Those taking aspirin long term lowered their risk of dying from the disease by nearly 30 percent and their overall risk of dying by about 20 percent. (The study didn’t look, however, at those with advanced disease.)
Other types of cancer have shown similar results. What could account for such benefits? Some believe it has something to do with aspirin’s ability to lower inflammation. However, this has not yet been proven.

Now, before you rush out and stock up on aspirin, know this: The American Cancer Society doesn’t recommend taking aspirin to prevent cancer. That’s because its preventive benefits are unknown and the risks often outweigh the benefits. And, if you’re being treated for cancer, it’s especially important to know that taking aspirin at the same time as radiation or chemotherapy can cause side effects.

Regular aspirin use has been shown to reduce the risk of heart attack, stroke, and blood flow problems. That’s why many people who’ve had a heart or stroke, or those at higher risk, take it regularly. A recent study also shows that it is effective at keeping nine out of ten coronary artery bypass grafts open after surgery. How does it help keep arteries clear? It works by affecting the blood’s clotting and keeping clots from blocking blood flow.


If your doctor decides that aspirin is the right choice for you, you’ll need to follow his or her instructions carefully. Aspirin labels don’t contain guidelines for this type of use. If you have questions about whether the product you’ve bought contains aspirin at the right dose, be sure to stop by and discuss this with me.

If your doctor prescribes daily aspirin, be sure to discuss all the medications you’re taking. Also, let other health care providers know you’re taking aspirin. And, don’t stop taking it suddenly. This could increase your risk of a heart attack or stroke by triggering formation of a clot.